On one of our day road trips we wound up in Allentown area. Per usual, I decided to check up on any possible drive-in remains and found the former Boulevard Drive-In! It was easy to find – driving along Union Boulevard you could see the screen set back, facing the boulevard. After another drive-by we found a spot to pull over.

It was apparent that construction was under way, but at the time we didn’t know the purpose. There were various tractors, construction fencing, and wooden markers for the paving that was underway. A beautiful new building was set in the back-center of the lot, and some paving was started around the building, and circling towards the drive-in screen.

That’s right – the drive-in screen! It was still standing tall, even with some minor damage. As we left I was just hoping that the new construction would keep the screen in the design. 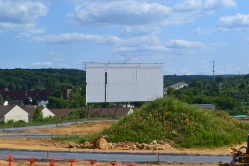 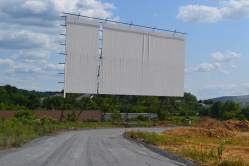 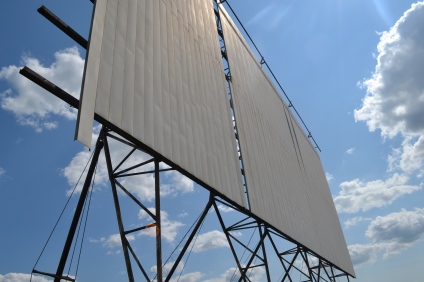 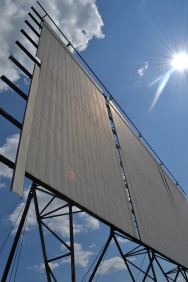 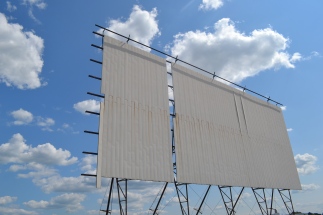 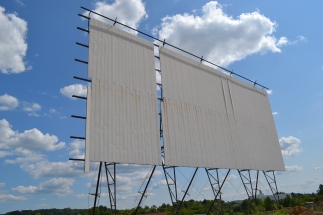 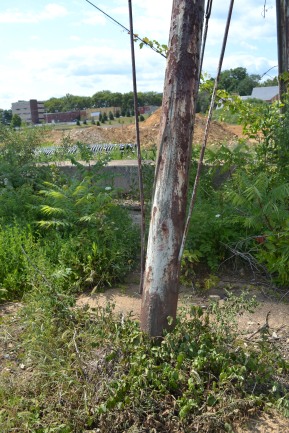 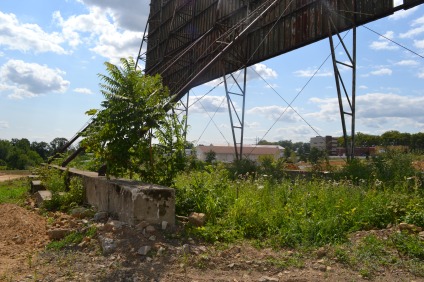 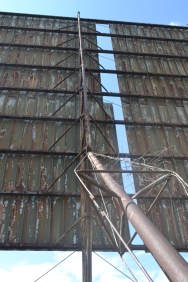 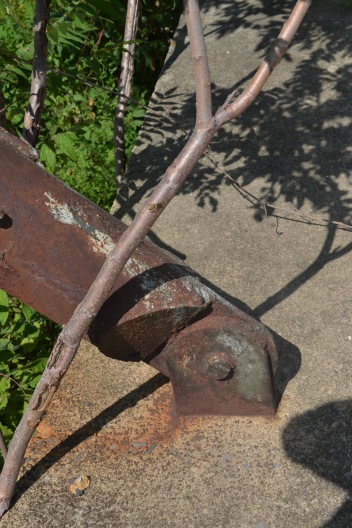 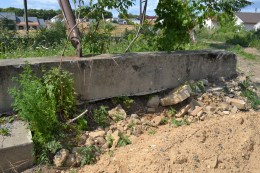 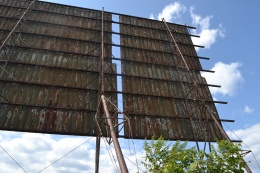 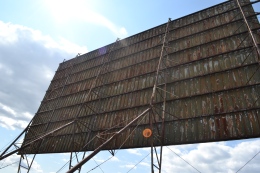 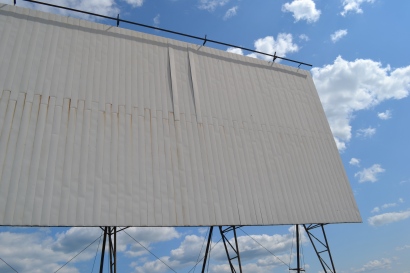 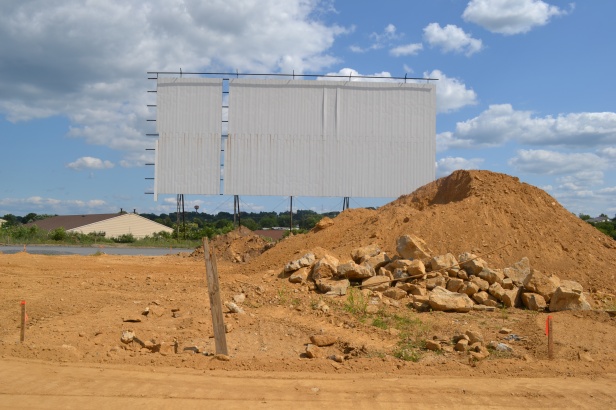 The Boulevard Drive-In opened on October 19, 1949. Owned and operated by Milgram Theaters, the Boulevard paved the way for all drive-ins!

In 1950 David Milgram brought a suit against the 8 major film companies because they would not grant access for first-run films to drive-ins. Two of the companies, RKO and Fox, offered second-run films (28 days after the indoor cinemas had the films), but Milgram was not satisfied. In a Philadelphia court, Milgram won the suit. The film companies appealed twice, including to the US Supreme Court in May 1952, but they refused to hear the appeal.

In 1950, the drive-in worked with Station WAAB to include live shows as entertainment at the drive-in. In May of that year, the Sleepy Hollow Ranch Gang had two scheduled performances. According to Wikipedia, the drive-in also had a children’s play area in front of the screen with various playground equipment.

The drive-in had many prosperous years, but closed in the 1980s. I was unable to find an exact date, but one user posted on cinematreasures.org that they remember attending in 1984. For photos from 1988 – including the marquee, screen, ticket booths, and projection booth visit http://www.cinematour.com/tour/us/13063.html.

The drive-in has since been converted to a classic car showcase. Known as the Allentown Classic Motor Car showcase, it is owned by Nicola Bulgari. This jeweler wanted to have a place to show and drive his classic cars. Visit Here for details from the architect. 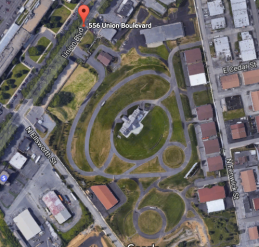