On our way to Ricketts Glen State Park for a weekend of camping and waterfalls, Dan and I decided to make a few stops along the way north. His choice: Cabela’s in Hamburg, PA. My choice: an abandoned drive-in of course!

The night before we left I checked my normal sites for information and Google mapped to see which drive-in was close and had visible remains. The Moonlite DI was the winner! (I found the approximate address through cinematreasures.org.)

Dan was driving and I was hastily searching my GPS to find where exactly the entrance would be located. In the meantime our conversation went as follows:

Me: I can’t tell from the map! We have to be right here but I’m not sure where to stop… (looking at my phone).

Dan: What was it called?

Yup…I’m thankful he is so observant!

The light bulbs are still there on the Moonlite sign! 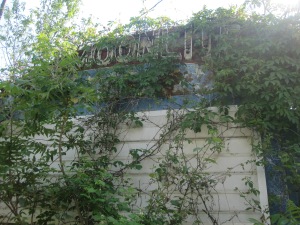 The entrance ended up being directly next to the Marquee, and it seems to be part of a driveway for a house. We parked by the ticket booth and began exploring on foot.

Entrance Road and Ticket Booth of the Moonlite DI

Unfortunately it was very hot and very buggy, which affected the time I spent discovering and examining the remains of the Moonlite. From my web research of the Moonlite, several people have found interesting remains left behind: several different signs, projectors, & tickets. I did not notice any of these artifacts, but do not be disheartened! The vegetation growth was overwhelming – there could have been pieces of the drive-in hidden beneath the brush. 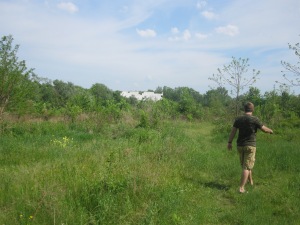 The Concession Stand and Projection Booth (same building) looks a bit dilapidated. All windows and doors are boarded up and vines cover the walls. The two doors in the front of the concession stand were not shut or locked but I was too afraid of negative repercussions of investigating inside. 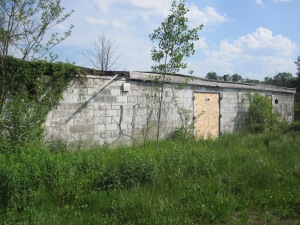 View of the Concession Stand coming from the ticket booth, facing the screen. 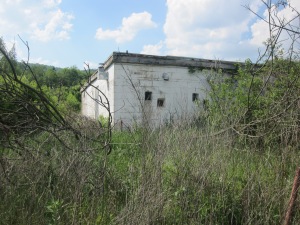 Open Doors of the Concession Stand

A neat piece of the concession stand, found lying on the ground.

Speaker poles were present throughout the property. Some were merely poles, others had the holder for speakers. Here are two shots of the speakers, covered with grass and brush. 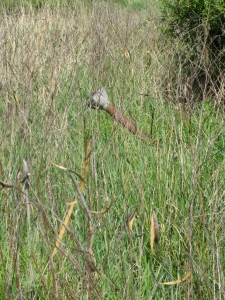 If you’d like to see some neat photos from another blogger, I stumbled across this site: http://cherisundra.wordpress.com/2012/02/07/its-the-end-of-the-world-as-we-know-it-the-moonlite-drive-in/. My personal favorite photo comes from this flickr site: http://www.flickr.com/photos/hankrogers/5857785765/.

From what I have gathered, the Moonlite opened in the 1950s and closed in the 1980s. It survived past the large decline of the 1970s but not by much. It was a single screen theater.

Since its closure, the property has attempted several sales to no avail. The Rizzo family, current landowners and last operators of the drive-in, have a suit against the county in regards to the sewer system installed. I was unable to find out the result of that suit or if it is still in the process. However, complaints about the drainage pipes go back to at least August 1997 (Council reports). 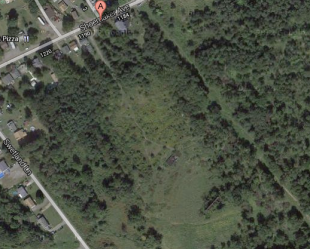